We decided to take on the corn maze again this year. It’s within walking distance of our house, and we really enjoyed it last year. This year, they’ve added “Fun Fridays” and tonight they had barbeque and lots of activities (mostly for children.) It’s becoming quite the event. 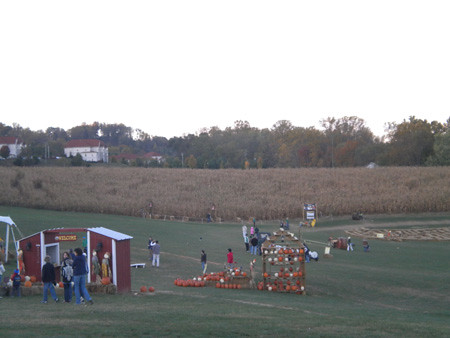 So we wandered up to the field around 6:30 and grabbed dinner ($10 for a bbq sandwich and chips, and a bbq plate plus two sides. Two bottles of water were another $2.) We then wandered over to the start of the maze. This year’s maze was in the design of farm animals – last year’s was a castle in the corn. 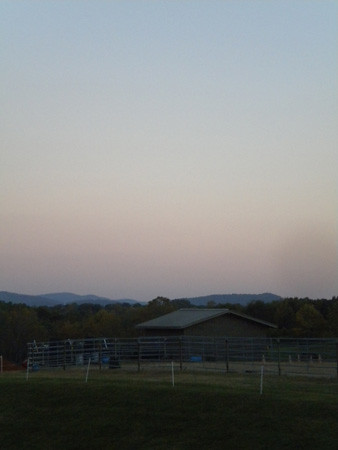 It took almost a half an hour to figure out which direction we were going in (the map was a little deceiving.) We did find one station on our own, and by the end of our time in the maze, we found a second station, but only because we ended up in the wrong maze. There were 12 check points total.

It was dark early. There were obnoxious teenagers roaming the maze and talking really loudly. They were talking about people (strangers) and I found what they were saying pretty offensive. I wanted out of there quickly.

We found our way out and by then the haunted maze (or fields of screams) had started. Not my cup of tea.

We were home by 8. We may try to go next week, during the day. The tickets we used tonight were free, and I might be able to score more free tickets next week. We’ll see. At least we looked happy at the start, right? 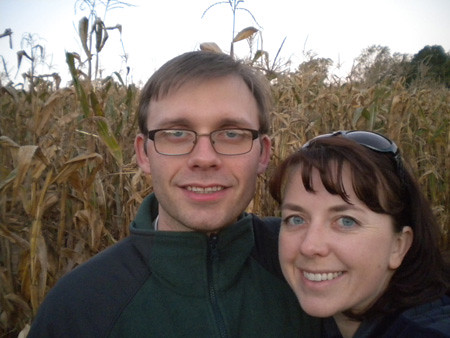 Share on TwitterShare on FacebookShare on EmailShare on LinkedIn
Category: corn maze, fall, photos
Previous Post: « animal captures
Next Post: signs of fall in my neighborhood »