How I’m encouraging play – and reliving my childhood with Scooby-Doo!

This shop has been compensated by Collective Bias, Inc. and its advertiser. All opinions are mine alone. #PlaymobilxScoobyDoo #PLAYMOBIL #CollectiveBias

Get ready for a little nostalgia with the new PLAYMOBIL® SCOOBY-DOO! play sets available first at Walmart! Combat “bored” feelings and encourage your kids to play with toys that will push the imagination!

There are fewer things I dislike more than hearing “I’m bored” come out of my child’s mouth. My son will tell you he isn’t bored when he’s able to play on a device, but we learned more than a year ago he can’t have devices as often as he’d like. It was a struggle at first. All of the kids (it seemed) in his class received video game systems that Christmas, and we realized last January that he simply couldn’t have his during the school week.

Kids brains need to be pushed, and my son is not one to make up his own stories or games. Having two kids, it’s interesting to watch them play and how different they play. He’s not the biggest at using his imagination, but with the PLAYMOBIL SCOOBY-DOO! Mystery Machine, he’s being encouraged to think outside the proverbial box. 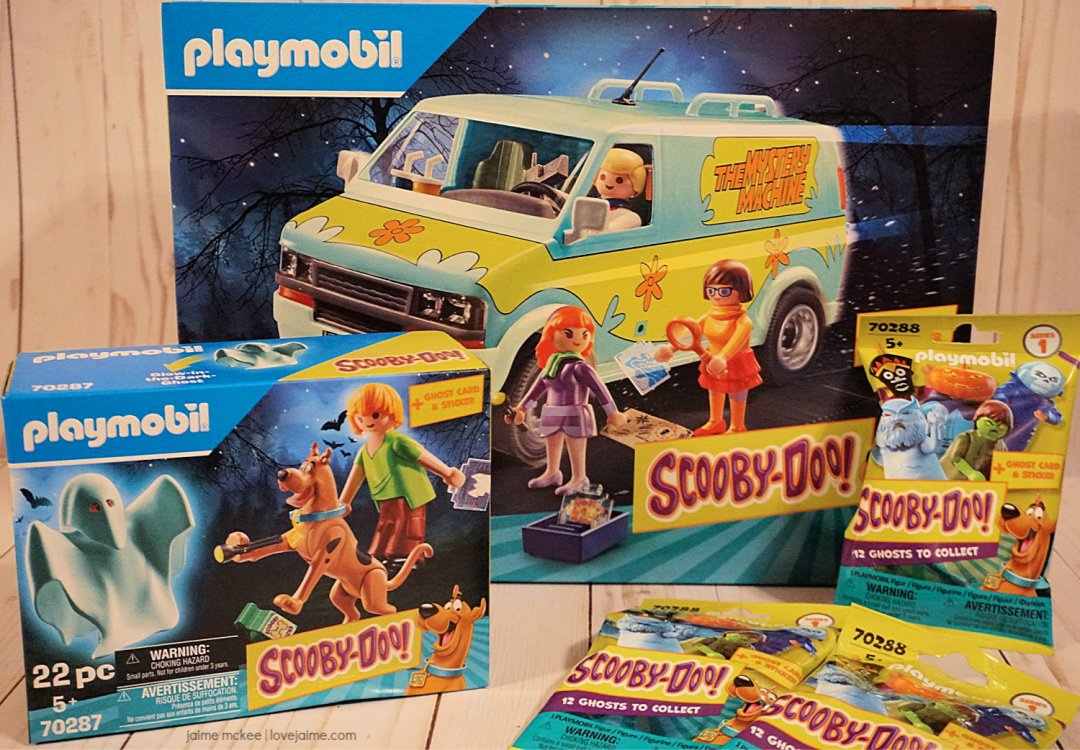 Hover over the image above to start shopping for PLAYMOBIL toys at Walmart!

So how are we encouraging our son to get out of his bored funk? First off, we’ve removed the devices during the week and have even started limiting them on the weekends. It forces him to find other entertainment.

Second, we’ve made books and plain paper easily accessible to him. He can read, write or draw pictures any time he wants. During school breaks, we still require reading. It challenges him, and he loves a good series to read.

Third, I’ve brought some fun toys into the house like the new PLAYMOBIL SCOOBY-DOO! play sets from Walmart! In all honesty, these toys are nostalgic for me and my husband. Kenny has introduced our son to the Scooby-Doo cartoons, and it’s fun to go back a couple of decades and relive my childhood. We’re even starting to think ahead to the movie coming out this summer.

The PLAYMOBIL SCOOBY-DOO! play sets were just released in Walmart, and the Mystery Machine just might be one of my favorite toys. The top of the van (and the front) come off, so you can easily get your favorite characters in and out. The Mystery Machine also goes well with the PLAYMOBIL SCOOBY-DOO! Scooby & Shaggy with Ghost play set. Each play set contains a ghost card that can be read using the ghost card reader in the Mystery Machine. Both play sets also come with a lot of smaller accessories such as food, flashlights, and Scooby Snacks! What is Scooby-Doo without his Scooby Snacks? And tiny slices of pizza, a hot dog, donut and hamburger make the sets worth everything. They’re so cute and fun!

The PLAYMOBIL SCOOBY-DOO! Mystery Figures are also great! There are a total of 12 ghosts in the series (I have purchased three so far.) Each ghost is from an episode of the original cartoon series. I could see occasionally picking up a mystery figure for my son to add to his collection, but also I think my husband and I will enjoy opening the mystery figures.

I love how my son is creating stories and mysteries for the Scooby-Doo crew to solve, and when he’s playing with these toys, I’m not hearing the words “I’m bored!” coming from his mouth. These toys promote creativity, imaginative play and role-playing.

Find the PLAYMOBIL SCOOBY DOO! toys at Walmart (or walmart.com) in the toy section with the other PLAYMOBIL sets!

Be sure to pick up a couple of the Mystery Figures. I’d love to hear which figures you got out of the 12 in the series!