I have a few draft blog posts, but thought I’d instead link up for Five on Friday today. Get ready! List form at its best, I tell you.

1. Husband told toddler last night we were going to have pizza (at Asheville Pizza, which is notoriously slow.) Huge mistake. The toddler did NOT stop yelling pizza and “I NEED pizza!!!” until he had pizza in his hands. I had to order a kid’s pizza before we had menus, just to hopefully get it at lightening speeds….which for them was about a half hour later. 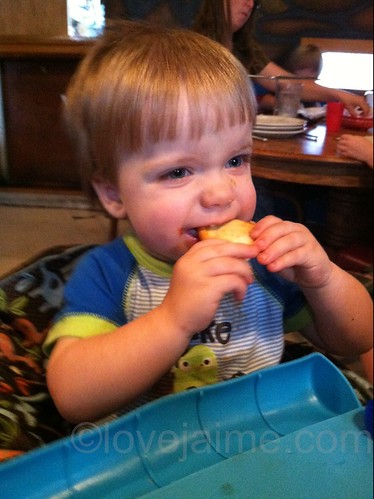 2. We begin swim lessons (again) tomorrow! Hoping to get the kiddo acclimated to the pool again. We haven’t been in a pool since late last summer and we have beach trips and pool trips in our future.

3. This is how we grocery shop now: 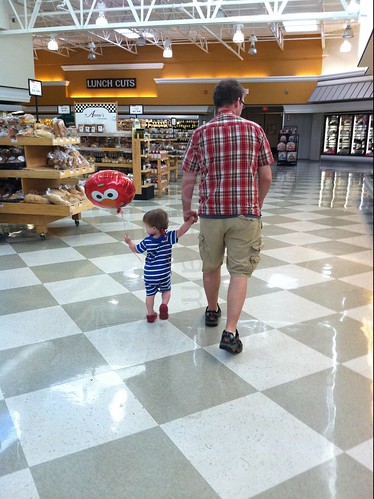 With a balloon. (Also, seriously. Have you seen anything cuter?)

4. He has been extra smiley this week.When we took a walk earlier in the week, he’d pull the canopy on the stroller down and say “hello!” 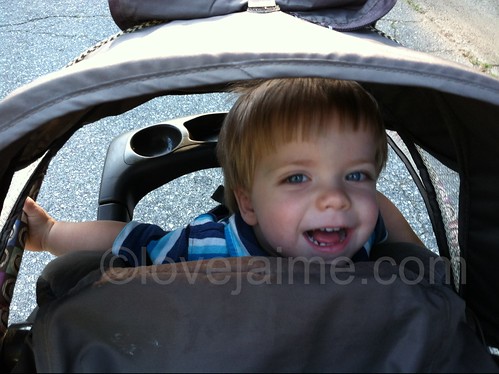 5. I’m running a 5k this afternoon. This is the forecast (it’s currently raining):  80% chance of heavy rain. Awesome. (That awesome part  is my comment, not the actual forecast.)