I’m afraid our summer is going to slip by and I won’t really have a chance to enjoy it. Does anyone else feel that way? It’s only June 13, and technically not even summer yet, but I’m still afraid I will miss something.

The weekend was a productive one in our household. Lots of socializing, cleaning, yard work, and a little bit of fun mixed in there.

On Saturday, I spent the morning cleaning before heading out to the Blue Ridge BBQ Festival to see Gary Ray & the Heartwells. Such a great show. It was in Tryon, NC, which is about an hour away, but felt like a different world. I got there a few minutes after the guys started their set (because the walk from the parking area was insanely long) and I stood in the hot sun (90 degrees!) for two hours. But it was so worth it. 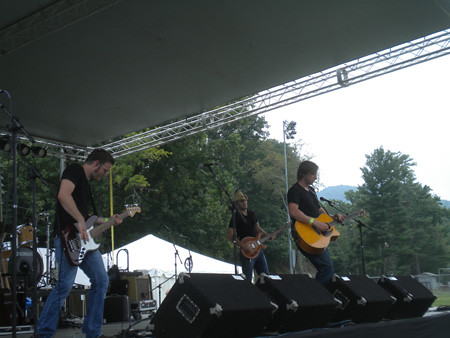 When I got home, I laid down for 30 minutes and woke up two hours later. I think the heat wiped me out. We had a birthday party to go to for one of our neighbor friends, so after a quick walk through our neighborhood, we ended up at their house for the rest of the night (until after 11.) It was so much fun socializing with other neighbors, and our neighbors’ friends. I hope we all stay in this neighborhood for a long time.

I spent a little time at my other friend’s pool today and came home to find Kenny mowing the front yard. When I walked to our side yard, I realized he had mowed down all of my morning glories that were just starting to pop up. Sad. I’d been waiting three weeks for the weeds flowers to start growing. (My mom thinks they’re weeds. I think they’re pretty and I need ground cover on this one hill that’s difficult to mow.) I took over mowing the back yard, and then planted two hydrangea plants – hoping they’ll grown now. I’ve clearly marked where the hydrangeas are, so they won’t be mowed down.

While I was in the yard, I remembered I still had my mom’s clippers and I got all Edward Scissorhands on our side bushes. I need to take a side view because I removed them. We have so many limbs/trees/bushes for the city to pick up this week…See the bush on the right side of this photo? It’s been removed. 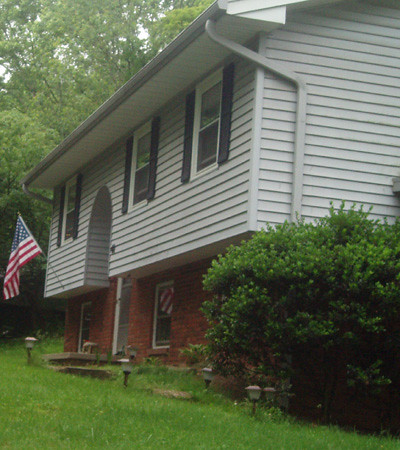 One of the snow storms split several of the limbs, and it was actually diseased, so I’m glad it’s gone now.

I was able to get a little crafty this afternoon and worked on some cards. We then made a trip to Target after dinner (and after my mom came over with her chainsaw to help get the stumps of the bush out) and scored a pretty cool hat for Chloe. She loves it. 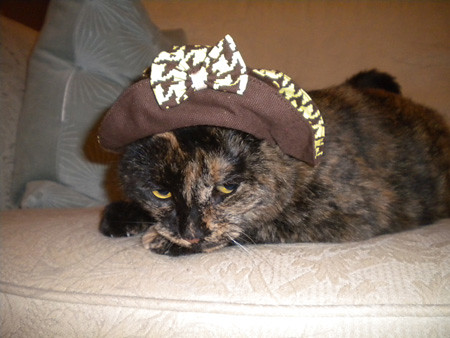 There’s been other stuff this weekend – the incessant cleaning, preparing for a trip we’re taking Wednesday, catching up on my class (I’m one lesson behind again) and random chores. It’s been packed. And I’m hoping this isn’t an indicator of how our summer is going to be. I need some relaxing time!

How was your weekend?