I ran the Chamber Challenge 5k again this year. I’ve run this race at least 3 times previously. My goals for this race were fairly lofty. It’s generally hot, humid and it’s a HARD course. About an hour before the race start, I Google’d my previous times and decided I just wanted to beat last year’s time.

It was 80 degrees and sunny and humid when the race started. It had been raining earlier in the day, and I was expecting clouds, at the very least.

At the start (I love the guy in the foreground. I just think it’s kind of a funny picture): 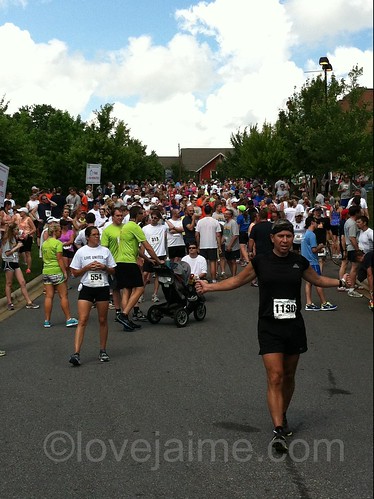 I took photos earlier in the week, so I wouldn’t have to have my phone out during the race. This is the first very long hill (all of the following photos are the one hill.) 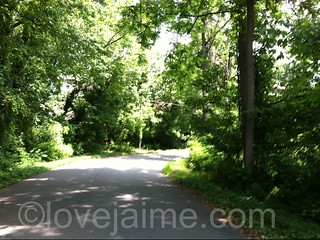 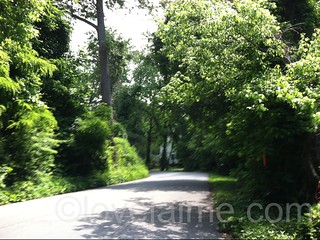 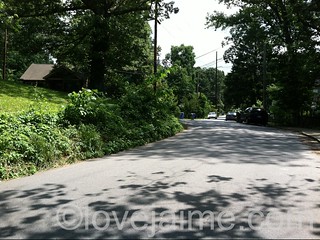 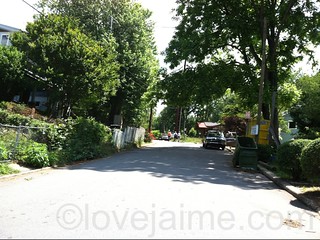 (This next photo – we turned a sharp left UP the next hill.) 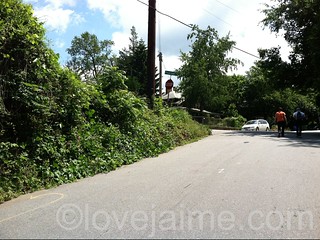 And then we took that right – up another hill. 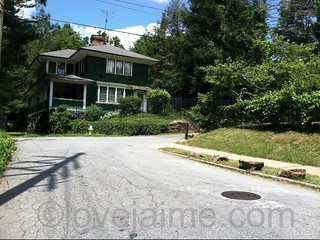 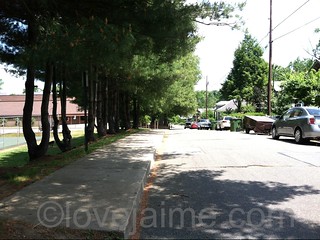 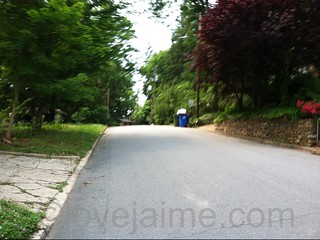 The first mile starts on a downhill, but has over a half mile steep uphill. (I looked at my Garmin a few times. It was a longggggg uphill.) The second mile was a slight downhill and another (shorter) uphill, and mostly flat. The third mile is flat before it starts a long (gradual) uphill. The last 0.2 is a fast downhill to the finish line.

This is how I felt after that uphill. 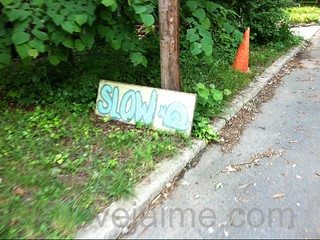 There were about 1100 people and the race focuses on people of all speeds – the fast 16-minute 5kers and the people who are walking the 5k for the first time.

The last mile or so is full of pretty houses. 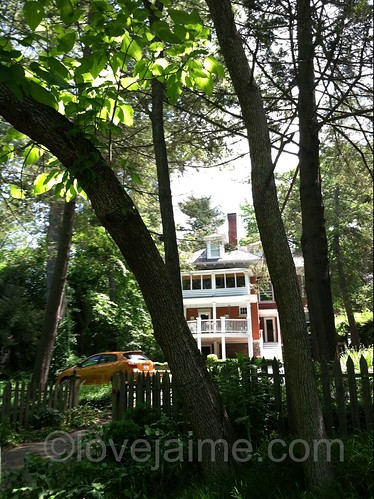 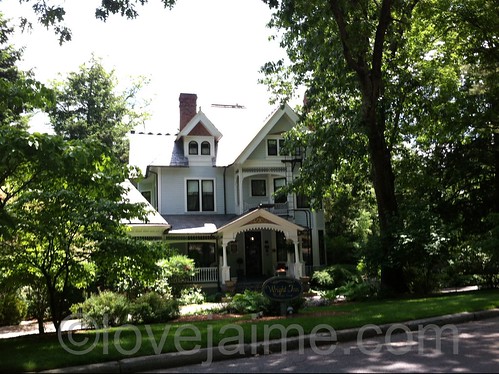 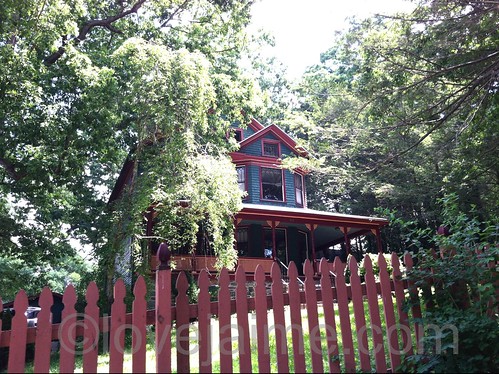 I felt good at the start. I had my iPod turned on from the very beginning and I tried to tune out the people around me. It was very crowded at the start and while I passed a lot of people, I was also passed by a lot of people. About a half mile into the race, I had an awful side stitch. It did not go away until after the 2-mile marker. I carried a small bottle of Gatorade with me and drank about half of it during the race (after I started getting the side stitch.) I’m glad I had it because while there were water stops, they weren’t easy to get in and out of.

Coming down Montford (a long, gradual uphill of a street), I started to feel better and tried to pick up my pace and pass people. The finish is all downhill and I tried to spring into the finish (I didn’t just try, I actually did it and I passed someone a second before crossing the finish line – go me!)

Champagne sorbet at the finish. I loved this and I wanted some for later. 🙂 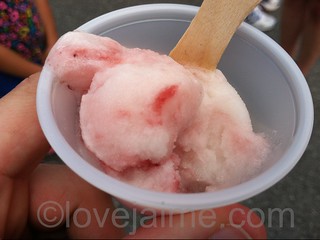 Pros of this race: the race shirts were nice this year (technical shirts), though unisex so the medium is very large on me. It’s a great community event, there are two water stations on the course and plenty of water and food at the finish.

Cons of this race: It’s at 4:30 p.m. on a Friday afternoon in June. It can be really hot (it’s been in the 90s before) and it’s very difficult to get ready for a late afternoon race when it comes to fuel. I ate leftover pizza for lunch and had my share of diet Pepsi before this race. I’m sure that did not help my stomach.